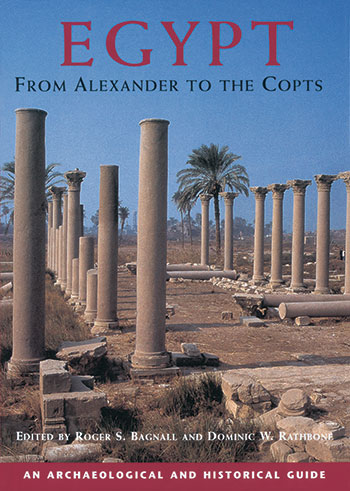 Egypt from Alexander to the Copts


After its conquest by Alexander the Great in 332 bc, Egypt was ruled for the next 300 years by the Ptolemaic dynasty founded by Ptolemy I, one of Alexander’s generals. With the defeat of Cleopatra VII in 30 bc, Egypt became a province of the Roman Empire, and later of the Byzantine Empire. For a millennium it was one of the wealthiest, most populous and important lands of the multicultural Mediterranean civilization under Greek and Roman rule. The thousand years from Alexander to the Arab conquest in ad 641 are rich in archaeological interest and well documented by 50,000 papyri in Greek, Egyptian, Latin, and other languages. But travelers and others interested in the remains of this period are ill-served by most guides to Egypt, which concentrate on the pharaonic buildings. This book redresses the balance, with clear and concise descriptions related to documents and historical background that enable us to appreciate the fascinating cities, temples, tombs, villages, churches, and monasteries of the Hellenistic, Roman, and Late Antique periods. Written by a dozen leading specialists and reflecting the latest discoveries and research, it provides an expert visitor’s guide to the principal cities, many off the well-worn tourist paths. It also offers a vivid picture of Egyptian society at differing economic and social levels.

The European Encyclopedia: From 1650 to the Twenty-First Century
Loveland
80 USD
Securing Eternity: Ancient Egyptian Tomb Protection from Prehistory to the Pyramids
Clark
75 USD
Wonderful A History Of Egyptology Things 3 from 1914 to the twenty-first century
70 USD
DRESS, FASHION & TECHNOLOGY FROM PREHISTORY TO THE PRESENT
Tortora
31 USD
Authorship From Plato To The Postmodern A Reader 95
Burke
11 USD
The Art Of Modernism Art,culture,and Society From Goya To The Present
Bocola
28 USD
Performance Art From Futurism To The Present
Goldberg
7 USD
Jewelry From Antiquity To The Present 97
Phillips
10 USD